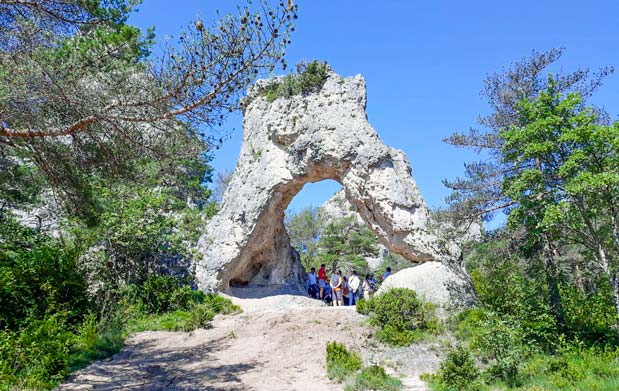 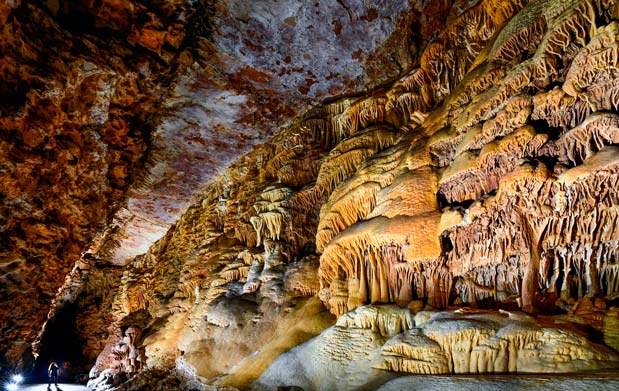 Discover the city of stones in Montpellier-le-Vieux

The chaos of Montpellier-le-Vieux is a natural site on the Causse Noir which is located on the edge of the Dourbie Gorges and near the Millau Viaduct.

Renamed the stone city, this place will be the playground for children of all ages thanks to the multiple activities offered.

A very good idea for a walk in the afternoon and in good weather!

South Aveyron has good number of caves or abysses near the campsite aveyronnais. Go and discover them!

We recommend the following visits:

Some gorgeous sites, to be preferred in rainy weather or to find a fresh spot!

Visit the house of the vultures

The House of the vultures or the discovery of the races in Aveyron !

Direction the belvedere located in the Gorges de la Jonte in Lozere, between the villages of Truel and Rozier, to be able to observe these big birds.

This museographic space opens its doors to you to know the ways of life of these scavengers. Vultures are a species that needs to be protected, which is why the LPO (Ligue de Protection des Oiseaux) is particularly vigilant.

A visit is a must to enter the universe of these beasts in the wild !

Pastoralia: Enter the world of the sheep!

In the town of Saint-Affrique, it is a space dedicated to the discovery of the Lacaune sheep. The milk of this ewe is used in the composition of the famous Roquefort cheese.
It is a visit that can be done in addition to the Caves de Roquefort.
Various animations for all public are proposed: interactive tour, feeding of the ewes.

But also games for the little ones : treasure hunt, quizzes, and many other surprises are waiting for you ! 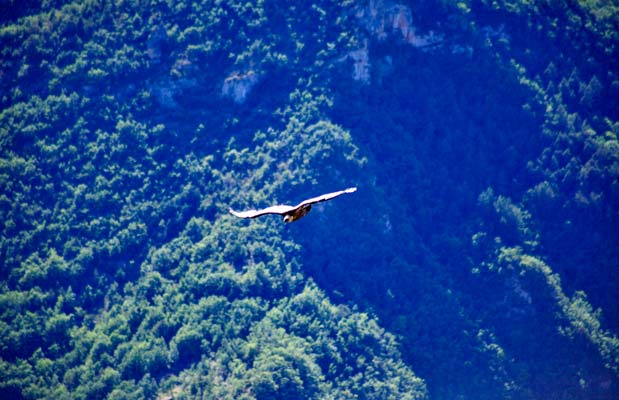 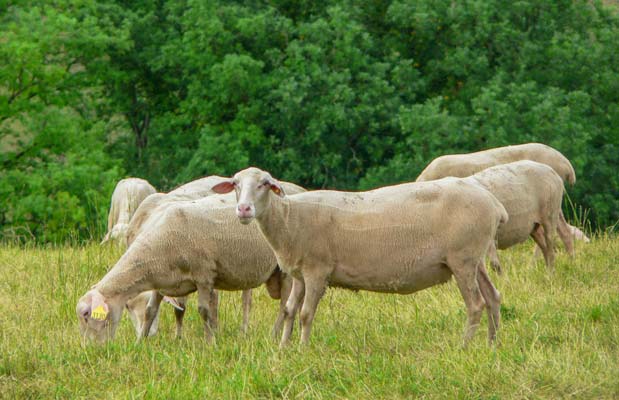 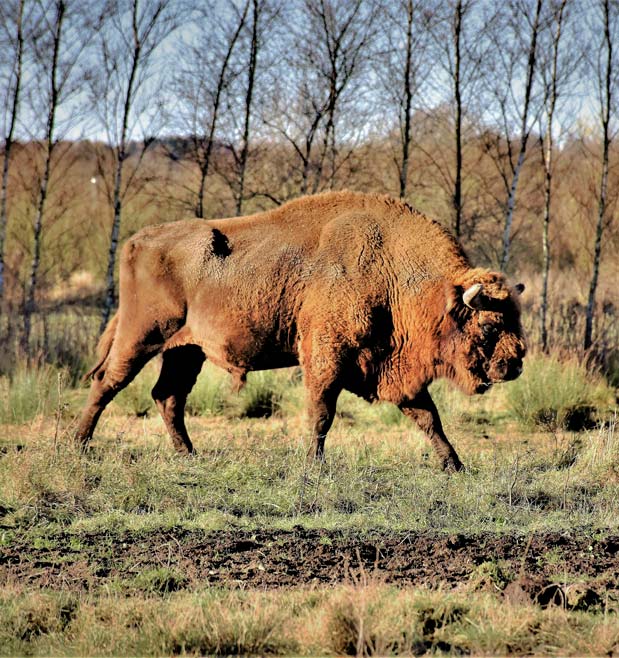 Meeting with Surprising animals at the animal park of Theil !

In a wood of about 9 ha, discover domestic animals that you have never seen before: llamas, yaks, alpacas, zebus, and many other species…

The children will be enchanted and will be able to play in a play area with mazes, riddles, giant wooden games, etc…

A trail and a picnic area with a refreshment bar are at your disposal in this pretty park. A real leisure area where animals are kings, only 20 km from the campsite!

A wild land to think of itself as an American ranch: Randals Bison!!!

In Lanuéjols, in the Gard and next to the Cévennes National Park, go to Randals Bison. This breeding of American bison and angus cows extends over a little more than 550 hectares. Open from April to October, you will have the choice between visiting the farm by wagon or on horseback, a cattle sorting show or a documentary film about bison.

An exotic site in the middle of nature, for a total escape !. 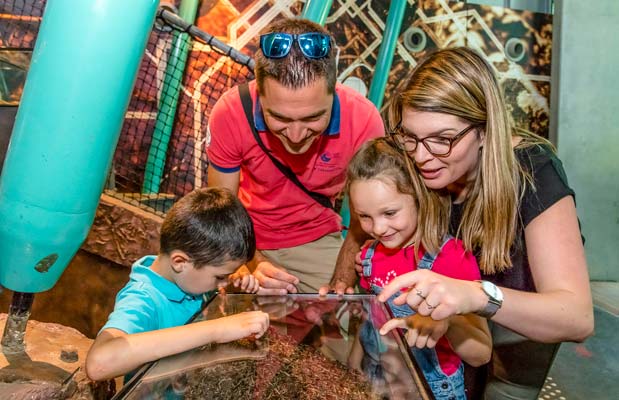 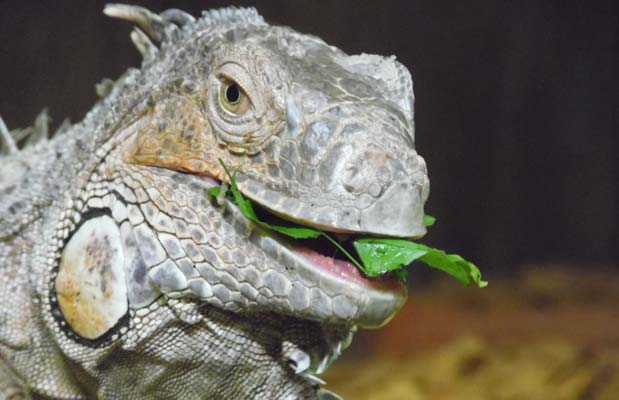 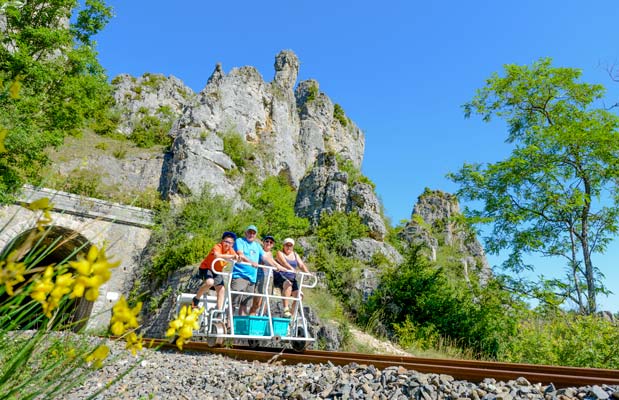 It’s a fabulous little world to observe: Micropolis or the city of insects !

Located in the village of Saint-Léons, 15 minutes by car from Millau, this site proposes you to enter into the world of insects through captivating and attractive animations for the whole family. You will love the the natural environment of this place dedicated to biodiversity.

A unique space in Europe to explore, marvel and experience an exceptional day in the Aveyron!

Children and their parents are sure to love it !

Direction the Reptilarium du Larzac for an original encounter with reptiles!

The reptilarium is located at the entrance of the village of Sainte-Eulalie-de-Cernon, which is also one of the Templar and Hospitaller Cities of South Aveyron.

More than one hundred animals are waiting for you: crocodiles, boas, pythons, lizards and a whole bunch of reptiles from all over the world.

You will be amazed in front of the nursery and in high season, a mini-farm is also present for the delight of the little ones.

Beware, sensations guaranteed for moments to share with the family !

When you arrive in Sainte-Eulalie-de-Cernon, after a short 25-minute drive, you will come across an old station with an abandoned railway. This one is now dedicated to the circulation of a small tourist train and to the practice of the vélorail.

This hobby is for everyone, with family or friends, for some fun games in perspective.

You will enjoy and enjoy the beautiful landscapes that surround you during this fun sport activity!

Discover the villages and places of interest